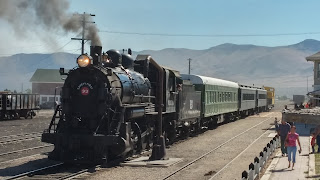 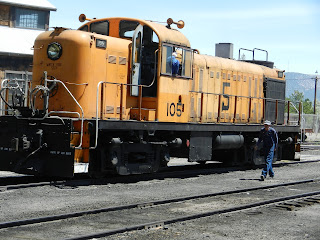 During June 2015 I had the pleasure of going up to Ely, Nevada to check out the Nevada Northern Railway, a steam operation that was at one time a real railroad that was operated by a mining company.  The railroad was abandoned in favor of trucks and to make a long story short, a group came together to form what is the operating museum of today.  Both towns; Ely and East Ely, are virtually museums in their own right as both date back to before the turn of the 20th century.  If you really want to go back further, on the drive up from las Vegas, you are driving through the Great Basin, which, over a "zillion" years ago was an ocean. 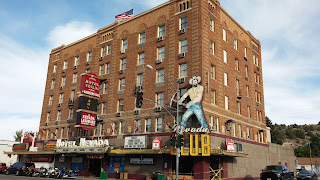 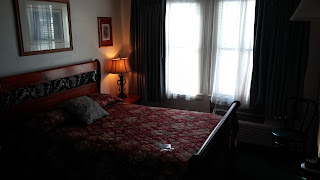 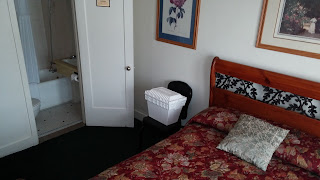 The Hotel Nevada is "the" place to stay in Ely.  Built in the 1920's, supposedly by a local mining company to attract employees and investors, is a classic represention of how it was back then;  smaller rooms, though comfortable and functional, a restaurant, a bar and gambling hall, all still operating today.  The hotel is very quirky, as there is no definite theme since it seems to be all over the place; everything from race cars, motorcycles, antiques and mismatched light bulbs in the fixtures that hang from the ceilings in the public areas...and that annoys the hell out of me! 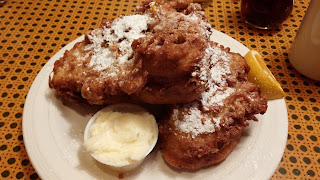 The resturant is known for their huge portions and not so huge prices including the challah french toast as pictured above.

Upon the return to Las Vegas, In 'n Out Burger has a cult following.
How often do you see a taxi line at a hamburger place? 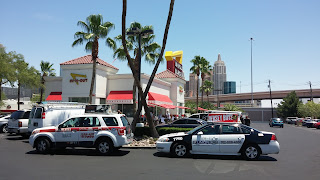